The Australian bushfires and the Indian floods, both of 2019, are just a glimpse into some disproportionate consequences of the global climate crisis that is upon us.

Current international law systems have proven to be limited as a tool for securing justice to those marginalised by the international order.

Trusteeship as a model of governance

Fellow Board member, Prof Klaus Bosselmann, regarded as a world authority on the subject, has observed that the concept of Earth trusteeship concerns “the legal obligation of States to act as trustees to manage ecological systems for the benefit of nature and humanity”.

Earth trusteeship, he says, transform our understanding of state sovereignty.  “At present States do not have any legal obligations towards the global environment beyond those they accept/or reject by their own consent, determined by national self-interest.”  In fact, States should be regarded formally as ‘trustees of the Earth’, with ‘fundamental fiduciary obligations’ that they cannot deny or trade-off against self-interest.

It is my view that the concept has potential application to one of the planet’s major ‘shared rivers’.

The Mekong river system provides a platform to discover the potential of trusteeship governance. It is a potential model – a tool to bring an otherwise non-cohesive group of states into cooperation before more serious consequences of the climate crisis becomes manifest.

The differing political, socio-economic and environmental threats posed by global trade from a trans-boundary river that flows through six developing countries requires sustainable management of resources and development that is underpinned by a framework of shared values.

The public trust doctrine is the principle that a sovereign state (or a delegated authority) holds certain natural resources in trust for the public which is the beneficiary, regardless of private property rights. The trustee owes a fiduciary duty to the beneficiary, and can be held accountable through judicial protection if in breach of duty.

The concepts of common heritage of mankind and the public trust doctrine dominate the legal discourse on trusteeship governance for environmental priorities.

Although widely recognized as necessary, it was 21 years later in New Zealand that the Te Awa Tupua (Whanganui River Claims Settlement) Bill would be the first legislation to grant a river legal ‘personhood’ with all the corresponding rights, duties and liabilities of a living person.  India’s High Court would soon follow, granting the same rights to the Ganges and its tributary Yamuna. This was a critical step forward in environmental governance after three decades of regulation that failed to clean up the river.

The model will be studied as a potential solution for the Mekong, alongside the potential of applying the principles of the Tonle Sap UNESCO biosphere reserve to the rest of the Mekong, and finally the compatibility of the MA and the UNWC together.

A multilateral non-binding agreement between Thailand, Lao PDR, Cambodia and Vietnam (collectively referred to as the Lower Mekong Basin, LMB states) of which China and Myanmar are dialogue partners – the Mekong Agreement (MA) 1995 – currently governs the affairs of the system.

The MA purports to coordinate the activities of the Mekong countries for the sustainable development, management and utilization of the river’s water resources. Its objectives are overseen by the Mekong River Commission (MRC) which has wide-ranging duties assigned by the MA leaving much scope for the development of protocols by the MRC and its bodies.

The UN Convention on the Law of Non-navigational Uses of International Watercourses (UNWC) 2014 which encapsulates customary international law on the use of rivers, forms, along with the MA, the complete legal regime of the river system.

The UNWC codifies the equitable values of “utilization, development, conservation, management and protection of international watercourses and the promotion of the optimal and sustainable use thereof for present and future generations”, while taking into account the special needs of developing countries.

As it is intended to be a flexible framework within which management can be delivered within the context of the relevant basin, the UNWC can be used to strengthen the MA by holding signatories accountable to the norms of customary international law.

This is critical for the future of the Mekong, as the MA does not detail certain procedures of international water law and, although it is grounded in the principle of sustainable development, it is ambiguous, discretionary and, more importantly, non-binding.

Growing competition over water resources, dissonance in political and economic realities of the Mekong countries, and the need for greater international cooperation, all create a window of opportunity for environmental governance.  We may be able to use the UNWC and the MA as a legal backdrop.

Stakeholders from public organizations have placed their focus on the unsustainability of hydropower dams, stressing the loss of productivity, vital sediments, nutrients and geo-morphology of the river. The reduction in water quality of the wetlands means disruption of the land and aquatic ecosystem. The resulting change in the characteristics of the river has increased poverty and has prompted an exodus from the area.

For the future of research, this means that an intersectional analysis of the environmental and economic impacts of dam construction, of poverty and of political strategy is crucial.

These analyses and case studies from New Zealand itself and the Danube River System in Europe may help pave a model for the sustainable trusteeship governance of the Mekong river.

The Centre will continue to work on this model in the years to come. 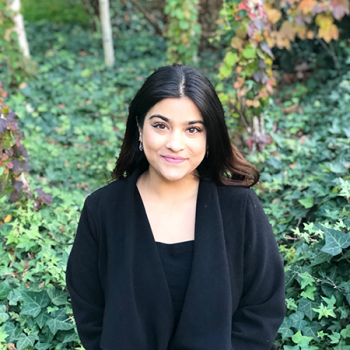 Renee Moorjani has recently completed a law degree at University of Auckland.  She is Secretary of the Centre, and a new member of the Board.