This section lists some of the publications which Board members and International Advisory Panel members have completed in recent years that are relevant to the focus of, and reflect the methodology used by, the Centre in the study of global affairs. 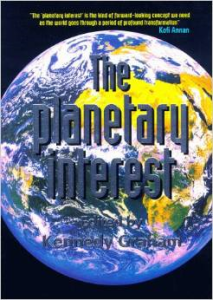 Amazon link to the book is here

The UK Climate Change Act: An Act to follow?
Prue Taylor (NZCGS Board Member) and Kate Scanlen
The New Zealand government recently announced an intention to make the country carbon neutral by 2050. Interest has been expressed in using the United Kingdom’s Climate Change Act 2008 as a model to achieve this goal. However, more needs to be done to critically review the UK legislation’s applicability to the New Zealand context. This article identifies some of the issues emerging from a ten-year review of the UK act. It is hoped that close consideration of these issues will inform New Zealand policy and legislative development.
The UK Climate Change Act: An Act to follow?

Regional Security and Global Governance (2006)
Authored by Kennedy Graham and Tania Felício, this book explores how peace and security might best be obtained in the 21st century. Its central message is the importance of realising UN Secretary-General Kofi Annan’s vision of a ‘regional-global security mechanism’ within the next decade. 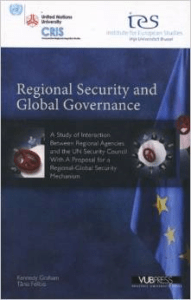 Amazon link to the book is here

Global Governance: The Cultural Dimension (2004)
This is an address given by Kennedy Graham as the 17th Aurelio Peccei Lecture to the Club of Rome in 2004, on the occasion of the inauguration of Crown Prince Philip of Belgium as President of the Club of Rome.
The address is here: 2004 KG Club of Rome Address