Although Samoan’s went to the polls on 9 April 2021, the wait for a clear winner of that election is still ongoing, and the outcome could have wide-ranging implications for the region – not only because Samoa is a well-respected Pacific democracy, but also because of its relations with China and the West.

Samoa has a unique system of government/constitutional arrangements, which combines elements of its historical chiefdoms, and a parliamentary democracy.  Those arrangements are found in the 1960 Constitution, which has been in force since Samoa achieved independence from New Zealand in 1962 – a notable 2013 amendment introduced a requirement that women make up at least 10 per cent of the Legislative Assembly.  The Human Right Protection Party (HRPP) has been the ruling party since 1982, and its current leader Tuila’epa Sailele Malielegaoi, has been Prime Minister since 1998.

The election of 9 April resulted in a 25/25 tie between the HRRP, and the newcomer Faʻatuatua i le Atua Samoa ua Tasi (FAST) Party led by Fiame Mata’afa Faumuina Mulinu’u II, with the remaining seat held by an independent MP, Tuala Ioesfo Ponifasio. This resulted in an initial deadlock, while the independent MP decided which party to support.

On 20 April 2021, the Samoan Electoral Commission declared that Ali’imalemanu Alofa Tuuau of the HRRP (being the female candidate who most narrowly missed out on election) was elected in an extra seat, to meet the requirement that at least 10% of the seats in Parliament must be held by women.  The following day, the independent MP announced he would join FAST, creating a 26-26.

What has followed is a constitutional tussle involving the HRPP, FAST, the O le Ao o le Malo (Head of State), the judiciary, and the Speaker of the House.  On 4 May, the Head of State called for new elections; but on 17 May 2021, the Supreme Court overturned the Electoral Commission’s appointment of an extra MP, and the writ for a new election, and ordered Parliament to meet within 45 days of the original election. After the Head of State suspended his proclamation recalling Parliament for 24 May on 22 May, the FAST Party challenged that suspension, and on 23 May the Supreme Court ruled the decision was unlawful.

When the FAST Party arrived at Parliament on 24 May to be sworn in, it found the doors to Parliament locked.  Later that afternoon, FAST Party MPs and ministers were sworn in by a newly-elected Speaker in a tent outside the Parliament.

Through various court cases and appeals, both the HRPP and FAST have sought to legitimate their victory.  Various claims are currently before the courts, and most recently on June 2, the Court of Appeal voided the claim made by Ali’imalemanu Alofa Tuuau of the HRRP against the decision that her appointment was invalid – however, the Court did also decide that the correct interpretation of the 2013 amendment does require a sixth female MP be appointed, but not until all recounts and election petitions have been determined.  That judgment itself may be subject to appeal.

While the judiciary considers the various competing claims, Samoa is in the unique position of having two parties who claim to have a right to govern (whether as a caretaker or a newly elected government).  Whether the litigation will resolve the issue, or whether a further election is indeed required remains to be seen.

The Pacific region, and the wider global community has closely monitored the election and its aftermath, with leaders such as New Zealand’s Prime Minister Jacinda Ardern calling on those involved to “maintain and uphold the rule of law…” and Australia’s Foreign Minister Marise Payne stating “it is important that all parties respect the rule of law and democratic processes.”  Regional, and international organisations such as the United Nations and the Pacific Islands Forum have also released statements of a similar nature.  So far, the FAST Party’s government has been recognised by three other states, being the Federated States of Micronesia, Palau, and the Marshall Islands.

While some might think to draw parallels between the present situation in Samoa and the various coup d’états and constitutional crises in Fiji in the 2000s, the situation in Samoa is different in a number of ways – not the least that Samoa does not have a military, which plays a central role in Fiji.  The parties to the current constitutional crisis in Fiji seem willing to await action from the judiciary – and both Ardern and Payne have emphasised their faith in Samoa’s judiciary.  As one of the Pacific region’s strongest and most well-established democracies, the current situation poses a test only of Samoa’s institutions, but also of the wider region’s willingness to support that process, or to otherwise turn a blind eye to any undermining of it.

Some commentators have also discussed the potential implications of the election for Samoa’s relationship with China.  While the current government had enjoyed positive relations with China, and had agreed to a major port upgrade at least partially funded, Fiame Mata’afa has publicly stated that her government would put the project on hold, noting that “the level of indebtedness of our government to the government of China was a pressing issue for voters.”  Given China’s increased focus on the Pacific region in recent years, and its efforts to exercise its ‘soft power’ in the region, a re-definition of Samoa’s relationship with China could potentially open a new battleground in the geo-politics of the wider Pacific region. 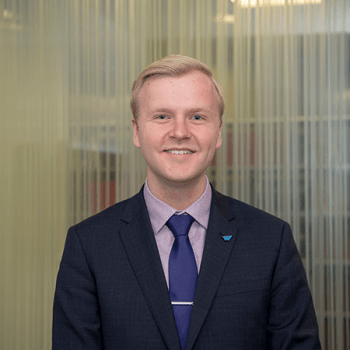 Jayden van Leeuwen is an NZCGS Board Member and Young Global Scholar. He is a solicitor in the public law team at Buddle Findlay and has research interests on international law, human rights and the UN system.