What might future historians note as the epoch-making aspects of Donald Trump’s exit? Perhaps it will include something that is attracting less academic attention at present – social media companies closing down Trump’s accounts. Twitter and later Snapchat permanently banned Trump. Facebook and YouTube restricted him, and Amazon closed the alternative Parler app.

Trump was not alone. In March, Twitter and Facebook censored Brazilian President Bolsonaro and Venezuelan President Maduro for promoting misinformation about Covid-19. Facebook also removed accounts linked to the Ugandan government, which seemed to be manipulating the election.

Commercial telecoms companies successfully censored and silenced the President of the USA, and others.

That might not appear remarkable in the crazed context of recent events, but what would we now read in textbooks if the Bell Telephone Company had terminated Teddy Roosevelt, or BBC Ltd. blocked Baldwin. Historian Tim Wander describes the first global broadcast from Marconi’s company by Australian soprano, Dame Nellie Melba, as ‘the moment the world changed’. What words would Wander have used if Marconi’s Wireless Telegraph Company had pulled the plug on the Pope and his Vatican Radio station, which it set up?

Soon after the tech-termination of Trump, comments from a coalition of the uncomfortable included Angela Merkel’s “problematic”, and Mexico’s President Obrador’s, “I don’t like anybody being censored”. EU commissioner Thierry Breton grumbled that “the fact that a CEO can pull the plug on Potus’ [President of the US] loudspeaker without any checks and balances is perplexing”.

They were joined by Alexei Navalny, critic of Putin, tweeting, “The ban of Donald Trump on Twitter is an unacceptable act of censorship. Of course, Twitter is a private company, but we have seen many examples in Russia and China of such private companies becoming the state’s best friends and the enablers when it comes to censorship.”

Meanwhile, Poland was turning moral panic into amoral action. Prime Minister Morawiecki stated that protecting “freedom of speech” on the internet was a priority, and that, “Censorship is not and cannot be accepted.” Justice Minister Ziobro announced a ‘Freedom of Speech Protection Bill’ regulated by a state ‘Freedom of Speech Council’, which could prevent social media companies deleting content or banning users. Ziobro complained that, “Often, the victims of ideological censorship are also representatives of various groups operating in Poland, whose content is removed or blocked just because they express views and refer to values that are unacceptable.” These ‘values’ were LGBT and women’s rights.

The US media headlined ‘Freedom of Speech’, but editors were reminded that the Constitution’s First Amendment protects the people from the politicians, not vice versa. The Universal Declaration of Human Rights and subsequent codes state that ‘Everyone has the right to freedom of opinion and expression…through any media’ (Art. 19). ‘Expression’ simply means distinctly stating a thought, and the UDHR authors could not have envisaged ‘any media’ in the form of social networks.

The European Human Rights Convention (1953) omits ‘any media’ (Art 10) but, like the First Amendment, clarifies that it only precludes interference by a ‘public authority’.  Arguably these rights only protect the originator of an ‘opinion’ or ‘expression’, not those who repeat it, and anyway human rights only protect individuals, not groups or organisations.

The lack of clarity arises because the regulation of social media does not distinguish between an interpersonal communication – like a letter, phone call or email – and a communication to an exponential mass audience which equates with a broadcast.

Should companies be responsible for the consequences of their exponential ‘retweet’ buttons, or for protecting ‘followers’? Paradoxically, the social media companies seem to think so, not because they might be breaking the law, but because they might lose customers. Unlike democratic governments, social media companies can respond very quickly to their ‘constituents’. Facebook has population of 2.8 billion people worldwide, more than any national electorate. China has a mere 1.4 billion.

Unsurprisingly, the small progressive democracies in the Baltic region are ahead.  In 2017, Estonia was ‘leading the renewal of EU media services regulation’. The Audiovisual Media Services Directive was extended to cover new media if they promote violence or hatred. In 2021, just two weeks after the Brexit divorce, these new EU principles were quietly incorporated into UK law, without a tweet of complaint.

So, are the social media companies a new and more representative, aspect of democracy? In a book about Leadership Accountability (2006), as e-activism was becoming more nimble than national politics, I discussed ‘Direct Democratic Accountability’ and suggested that there might be ‘a mass realization that democracy, in the form of voting, is not the paramount mechanism for political accountability in a globalizing world. It is just one of a range of many options, which happened to be modestly effective in certain regional contexts at particular periods of history.’

In 2005 British Sociologist Anthony Giddens considered ‘continuous direct democracy’, and Lord Howell predicted, ‘Voters want service and ongoing accountability, not dictation and top-down arrogance. And if they cannot get it they will employ ways other than through voting and party politics to satisfy their needs.’

Let’s hope that small flexible countries like Estonia (and New Zealand) can discover ways forward. Alternatives are uncomfortable. Following the 2015 Charlie Hebdow killings in Paris, young Muslim protesters used the liberal traditions of Speakers’ Corner in London’s Hyde Park to express their views. Seemingly immune to cognitive dissonance or irony they held a banner, ‘TO HELL WITH FREEDOM OF SPEECH’. 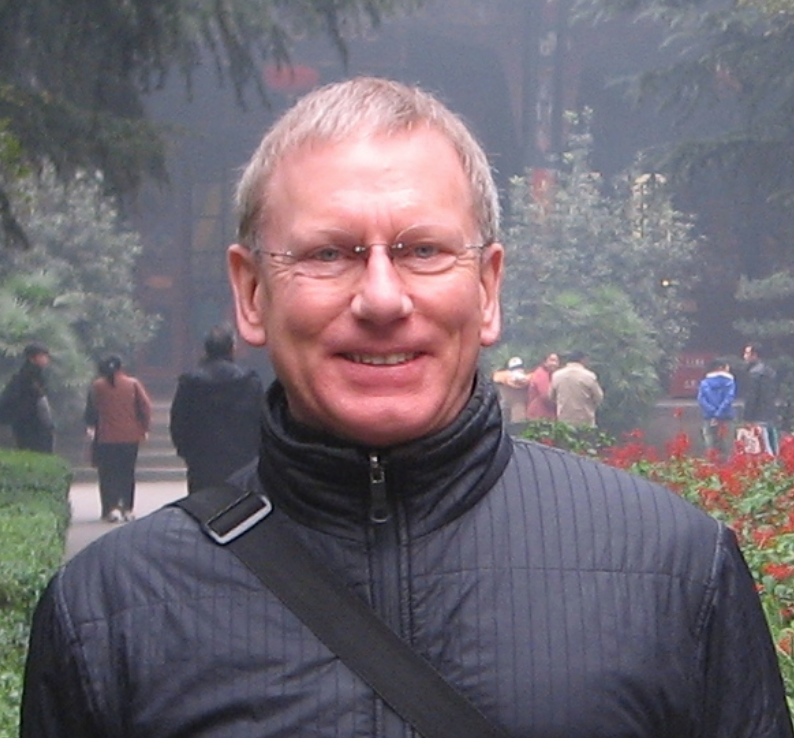 Dr Chris Williams (A.G.S.M., Cert.Ed., PhD, FRSA) is an independent academic, based in London. He previously held International Studies posts at the universities of Birmingham, Bristol, Cambridge, Cairo, London (UCL) and the ‎United Nations. His current interests include the increasingly ‘omnipotent’ power of telecommunications.