When Joseph Biden won the 2020 US election many hoped that there would be a quick return to an old globalist agenda and support for international institutions. However, the US has changed politically, socially, and culturally, which will seriously constrain such a reversal from the Trump years.

A fundamental change can be traced back at least two decades, to Newt Gingrich’s leadership in the House of Representatives and the subsequent Tea Party movement. This led to growing polarization of the two parties (with combative and emotional rhetoric), radicalization of the Republican party and, more recently, dissemination of untruths, biased reporting and conspiracy theories, fuelled by social media platforms and right-wing TV stations and websites.

According to polls, some 75% of Republicans still think Biden won fraudulently and therefore is not a legitimate president (even though all lawsuits claiming such a fraud were dismissed by the Courts).  On 6 January 2021, 247 Republican representatives and senators challenged the Electoral College certification of Biden’s victory – a huge number of Republican representatives wanting to overturn the election results, which augurs badly for the future.

If Biden wants to run for a second term and wins, or another Democratic candidate wins in 2024, we can expect major challenges from the Republicans, especially from Trump’s base, including, potentially, a repeat of the instability and violence witnessed on 6 January.

What has the radicalization of the Republican party meant in practice?

An increasing number of Republicans, in particular within the Trump base, believe any elections the Democrats will win are fraudulent. Furthermore, they believe Democrats are engaged in conspiracies: trying to turn America to socialism and totalitarian dictatorship, banning ownership of guns and undermining other individual freedoms and rights. Some are convinced the use of violence is legitimate in response. The election to Congress of QAnon conspiracy theorist Marjorie Taylor Greene is an example of such radicalization.

Persistent electoral instability is a new trend and a legacy of the Trump presidency.  This will constrain Biden’s leadership role in global affairs.  The next challenge will soon be upon us:  the 2022 Congressional elections.

If the Republicans win either the House of Representatives or the Senate this will diminish and potentially halt any legislative initiatives of Biden’s presidency. If the Republicans lose, the elections are expected to be called fraudulent by the Trump base, evoking instability and violence.

A particularly vulnerable point in the Biden presidency is his focus on fighting climate change.  Republican party supporters see this as a path to climate socialism, which also scares Independents and some conservative Democrats.

Why should we expect electoral instability to be a consistent and long–term trend in American politics?

Umair Haque puts forward one explanation in “America’s Problem Is that White People Want it to be a Failed State”.  He argues 80% of Americans are white and they want to keep it that way.

Based on the statistics he has gathered, Haque maintains that white Americans, as a group, have never voted for a Democratic president in modern times. He sets out a list of primary social values white Americans have supported and opposed as a group. They have been in favour of segregation, endless war, inequality, billionaires, capital, guns and religion. They have been against desegregation, civil rights, womens‘ rights, healthcare, retirement, and childcare. He points out that they have opposed “public goods of any kind whatsoever.”

Taking the above argumentation a bit further, it could be said that deep in the American consciousness, soul and ethos lies a kind of old Indian Wars and cowboy mentality.  Centuries ago, European white settlers who wanted a better future conquered and colonised the American continent, destroying the majority of its original inhabitants: the Indians.

The long period of Indian Wars, particularly in the 17th, 18th and 19th centuries, was considered a proud period of American history, and the identity of the nation was to a degree shaped by this earlier, combative era.

But now, in modern times, white Americans, as a group, feel their identity is threatened when they see people of different colour and culture immigrate en masse.

The deepening economic and social problems of white Americans are often blamed on newly arrived immigrants and refugees. Before Trump, it was considered politically incorrect to raise these concerns, although they could be heard from marginal segments of the population, such as the Ku Klux Klan and other right extremist circles. Trump brought this complex racial problem to the mainstream of Republican discourse, which is a big cultural change.

There are of course people of colour in Trump’s base, but they are not the main driving force; white Americans and their concerns are.

Racial tension and instability are expected to intensify because the birth rates of people of colour are higher than those of white Americans. Biden’s immigration policy will likely also deepen the divide and anger Trump’s base.  Any incident of shooting by white police officers of a person of colour will easily incite violence and rioting and, conversely, inflame passionate rhetoric in the social and other media of the Trump base, increasing overall tension and instability in the country. The same applies to school or other mass shootings.

The Trump presidency also highlighted problems with the US Constitution’s provisions for the transfer of power in cases where a sitting president does not want to leave voluntarily.  If Trump or another skilful Republican populist wins the presidential race in 2024, or later, we might see an escalation of electoral instability and violence, on an even worse scale than that of 6 January 2021.

Increasing domestic instability will threaten the American leadership role in global politics for years and decades to come. 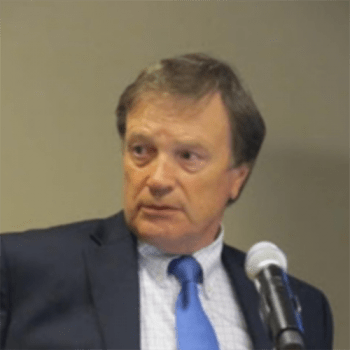 Dr Tapio Kanninen is the Co-Director of the Sustainable Global Governance Project.