The title-phrase derives from Hindu scripture. It is found in the Upanishads, and the full verse remains engraved on the entrance to the Parliament of India.  Essentially, the world is one family.

For centuries, the phrase has shaped India’s spiritual and egalitarian outlook and, during contemporary independence, the country’s diplomatic and foreign policy contours. No wonder that this ancient philosophy also characterises India’s fight against Covid-19.

We live in extraordinary times. Who would have thought it – that neither the ‘US pivot’ in the Indo-Pacific nor China’s Belt and Road Initiative is proving to be the game-changer in our contemporary world, but rather an anti-malarial drug, deferentially known as ‘hydroxychloroquine’ (or HCQ).

So much is being made of the ‘strategic stand-off’ between the US and China, two of some 200 nation-states whose inhabitants comprise the global community.  Such excessive focus is, I believe, a trifle precious.

Actually, with 4.5 m. global cases and 0.3 m. deaths currently, there are, I suggest, two indelible impressions for posterity in the global public memory.  And these are:

Michael Ryan (WHO Exec. Director) noted back in early March how imperative it was that India, with its huge population, successfully tackled the virus, and showed the way forward to the world. In fact, this reflected a not unreasonable trust in India’s capabilities, given its successful record in eradicating smallpox and polio.

A brief review of early action by India:

Of course, not everything has gone smoothly:

Amidst such dramatic events, on 5 April India again responds to the Prime Minister’s call to observe an ‘Earth-hour Equivalent’ initiative, switching off lights at 9 pm for 9 minutes and lighting candles, torches and oil lamps to dispel the metaphorical ‘darkness’ caused by Covid-19. While sceptics ridicule the event as nothing but blind faith and superstition, it nonetheless demonstrates a unity of purpose – a much-needed virtue for any nation in testing times.

A lesser known fact is that on 26 February a special Indian air force flight had carried 15 tonnes of Personal Protective Equipment (PPEs) to Wuhan at the request of President Xi Xinping.  On return, it ferries 76 Indians, 23 Bangladeshis, 6 Chinese, two nationals each from Myanmar and Maldives, and one each from South Africa, USA and Madagascar – all stranded in ‘ground-zero’.

Praise for India’s SAARC initiative, the first of any regional initiative, came from the Australian PM, who urged a similar G-20 initiative (which occurred on March 26). It was a critical and much-needed initiative considering the grouping’s startling statistics—90% of the Covid-19 cases and 88% of deaths have been reported from the G-20 group of nations, which constitutes 80% of global GDP and 60% of population.

In early April, Modi and Morrison also hold an extensive telephone consultation, sharing a mutual commitment to build research collaboration for vaccine development and ensuring a safe return of all stranded citizens. Morrison especially, emphasises that Indian students would be provided all the necessary support and were a ‘vibrant a part of Australia’.

Morrison was essentially backpedalling on earlier remarks that Indian students who could not afford staying during the social distancing phase should return. This had created tension between the two sides, in the context of nearly $A6 b. contribution from Indian students to Australia’s education industry. The most noteworthy outcome of Modi-Morrison conversation was agreement to hold the first-ever ‘virtual summit’ to discuss a joint anti-Covid-19 strategy, and the potential evolution of the Indo-Pacific regional architecture in the post-pandemic phase.

India has so far supplied HCQ and anti-pyretic paracetamol to over 85 countries, including 25 nations in Africa alone. While the US President issues a retaliatory note if India declines the supplies, the President of Brazil expresses gratitude for India’s easing of restrictions on HCQ exports, comparing the gesture with the legend of Hanuman, the monkey god in Hindu mythology, who had carried Sanjeevani (medicine) from the Himalayas to save the life of Lord Rama’s wounded brother, in the battle against the demons in Lanka.

India, a producer of nearly 10% of the world’s low-cost generic drugs including HCQ, also despatches medical teams along with PPEs and medical supplies to Kuwait, Maldives, Mauritius, Madagascar, Comoros and Seychelles to deal with the pandemic, as a part of ‘Mission Sagar (ocean)’, inspired by PM Modi’s vision of SAGAR – Security and Growth for All in the Region.  Back in 2004, India had undertaken a similar humanitarian, search and rescue mission in the wake of the earthquake and tsunami that had devastated the Indian Ocean littorals.

Keeping an eye on the Indo-Pacific, India’s Foreign Secretary Harsh Shringla holds discussions with the newly formulated ‘Quad-plus’ counterparts in Australia, South Korea, Vietnam, Japan and New Zealand. The common aim is to synergise joint efforts in developing a vaccine, rescue stranded citizens, and discuss ways of insulating the economy from the pandemic’s impact and kick-start the struggling national economies. The group now interacts weekly to keep up with the fast-paced developments.

On 3 May, the Prime Minister participates in the Non-Aligned Movement virtual summit, themed ‘United against Covid-19’. And on 13 May, Indian Foreign Minister Jaishankar holds talks with counterparts in the Shanghai Cooperation Organization, to share India’s anti-Covid measures including, a $US266 b. stimulus package (10% of India’s GDP) to revive the economy, make India self-reliant, and provide the much needed sustenance to struggling businesses and citizenry.

India’s ‘glocal’ approach – combining local measures with its ‘Vasudhaiva Kutumbakam’ global response approach against the pandemic – has drawn broad accolade from world leaders. This has been reinforced by various commentators who have offered their own take on the pandemic:

India’s effective ‘glocal’ response to COVID-19, synergising local through national to global levels of cooperation, draws its thrust from these two elements.

Dr Misra (MA, Banaras Hindu University; PhD, Jawaharlal Nehru University) is CEO of the Institute for Australia India Engagement, based in Brisbane and affiliated with the Griffith Asia Institute. Previous positions include the UN University Leadership Academy (Jordan) and research-adviser to the Indian Parliament and governmental agencies. 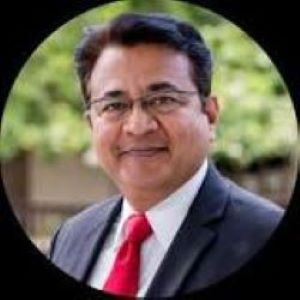 Dr Ashutosh Misra is the CEO and Founding Executive Director of IAIE. As a leading Indologist and Asianist in Australia, Dr Misra brings 38 years of lived experience in India including, undergraduate/postgraduate studies, doctoral research and policy analysis at a leading think-tank of the Indian Ministry of Defence.