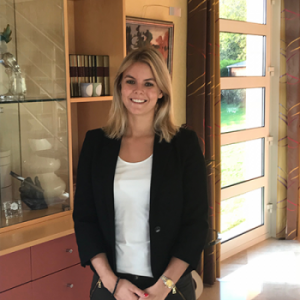 She specialised in European Public Affairs, with a particular focus on the EU and its role in global governance.

Elise has French as her native tongue, and also speaks English and German. In 2019 Elise had an internship in the UN Association of New Zealand (UNANZ), undertaking research on big data and human rights issues in New Zealand.

She aims to strengthen her expertise in new technologies. Her recent study for UNANZ on ‘Privacy in the era of big Data: Meaning and implications for Aotearoa New Zealand’, can be found on this website (Research & Networks: Associated Publications).

Elise is now in the PhD Programme at the department of Political Economy at King’s College in London.