In his address to the Munich security conference (his first international speech as president), President Biden told European leaders the US wants to “earn back our position of trusted leadership.” In a clean break from the isolationist policies of his predecessor, President Biden noted that “The last four years have been hard, but Europe and the United States have to lead with confidence once more…I’m sending a clear message to the world: America is back.” And his actions back up his rhetoric. Within the first week, he re-joined the Paris Climate Accord and World Health Organisation, expanded the United States Refugee program, stopped construction of the border wall, revoked the ban on travel from Muslim-majority countries, and joined the global fight against the coronavirus.

But despite these incremental steps, the role of America in the global system remains uncertain. American leadership has been in decline for many years – the last four were simply the nadir. From its bloody foibles in the Middle East, to its failure to counter Russia, and its missteps in dealing with China, the United States no longer enjoys the unipolarity it enjoyed in the 1990s and 2000s. While Biden’s executive orders have helped undo some of the damage of the past four years, the reputational and strategic damage to American foreign policy and its role in the world will take years to heal. Biden’s claim that America can once more become the beacon of democracy for the world has been met with scepticism if not outright derision, given the deadly insurrection at the Capitol, and the social unrest of 2020.

If America is to truly reassert its role in the global order, then it must focus on the following three issues:

Facing up to domestic issues

America often claims to be a role model for the world. But the last four years, and especially the last year, demonstrated the many cracks in American society that have often been overlooked. The coronavirus pandemic laid bare the enormous inequities at every level of American society. The social unrest following the police killing of George Floyd also showed the fragility of race relations, while the months after the November election showed just how divided the nation has become. Biden’s chest-beating proclamation that America is back will be a hollow cry if his administration cannot address the numerous challenges at home. Given the reputational damage, if America wishes to wag its finger at other countries, then those countries will be quick to remind US officials of its own atrocious human rights record, at home and abroad. In order for America to become the more reputable model that it often claims to be, the Biden administration will need to address its own internal dynamics head-on.

There is no denying that the 21st century will be the Asian century. No American administration, from Bush, to Obama, to Trump has demonstrated a clear and consistent China strategy. Biden needs to chart a different course, but as yet there are few signs he will. China, by all measures is on track to challenge American supremacy in every realm, if it has not done so yet. From quantum computing to artificial intelligence, to being the largest economy, to wielding global influence, China has either caught up or streaked ahead. Competition between the two superpowers will be stiff, but where China has laid out clear five- and ten-year plans for its national development, much of the American political system is geared towards a nebulous cycle of midterm and national elections. Allies, such as Australia, Japan, the UK, and much of the EU, are left rudderless in this void of American vision. Undoubtedly, there will be many in the Biden administration who sense the need to outline a clear China strategy, but whether it is framed as a problem or opportunity remains to be seen. Engaging with China in an effective manner is also a powerful signal for other actors in the international system.

With the war on terror coming to an end, and the US’ imminent withdrawal from Afghanistan, some reflection on the part of American officials is necessary. The War on Terror was an ill-fated and visionless strategy that ultimately became America’s longest military campaign. These ‘forever wars’ have left Americans bloodied, exhausted and poor. Two decades later, peace in Afghanistan is just as tenuous, much of Iraq (and the broader Middle East) is less stable, and America is smaller in the eyes of the world. When US officials rightfully decry the human rights abuses in China and Myanmar, critics will be quick to point out America’s own record. With hawks in the Biden administration circling around Iran, America would be wise to learn from (and hopefully assume responsibility for) its failures.

Indeed, the start of the Biden administration sparks hope after four years which wracked America’s reputation globally and diminished its role in the global order. Biden has gotten off to a hopeful start, and his spate of executive orders have undone some of the damage of his predecessor. However, these are small steps, and a clear vision for America’s role in the global system is still missing. In order to assume a greater role for America, the Biden administration would be wise to face its own demons, to outline and implement a clear long-term China strategy, and to learn from its mistakes. In his inauguration address, President Biden described his vision for America’s role in the world, declaring: “We look ahead in our uniquely American way – restless, bold, optimistic – and set our sights on the nation we know we can be and we must be.” Focusing on the above areas will repair some of the reputational damage and leave America well-placed for this decade and beyond. 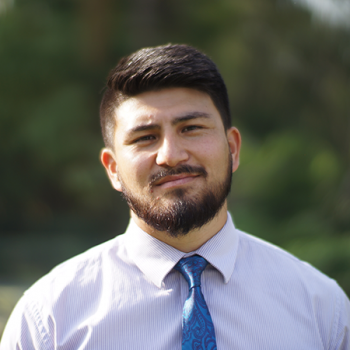 Abbas Nazari is a Fulbright New Zealand scholar in the Security Studies Master’s Program at Georgetown University, Washington DC. He is a member of the NZCGS Young Global Scholars Group.