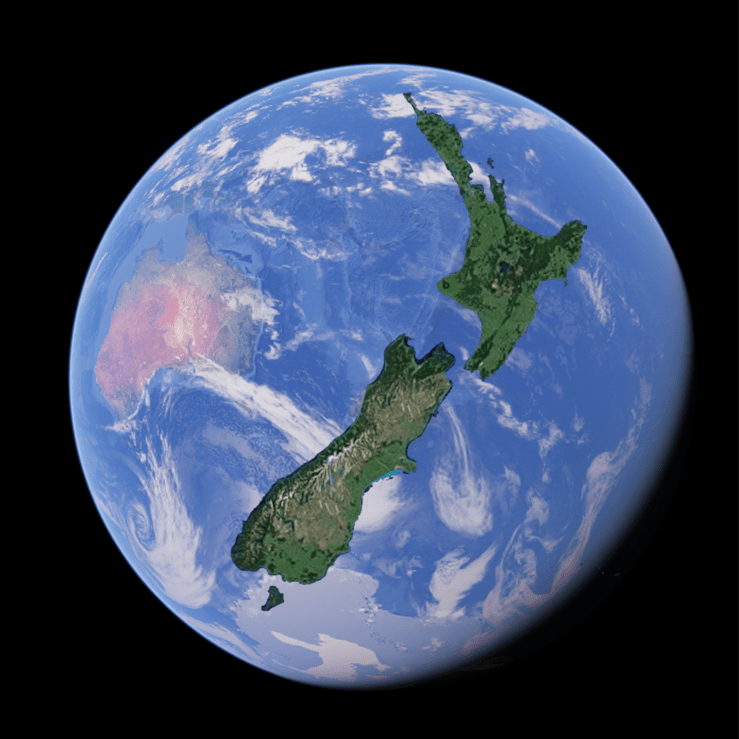 In addition to the five global programmes which the Centre runs, a sixth concerns, pursuant to the Centre’s Trust Deed, an ‘insightful and constructive role’ by New Zealand in global affairs, ‘proportionate to size’.

The ‘NZ Programme’ comprises an analysis of what NZ governments have done in each of the five global programmes, and an assessment of what might be possible in the future.

The aim in this programme is not to second-guess NZ governments on specific aspects of foreign policy; but rather to assess whether New Zealand is in a position, and if so whether it is exercising the opportunity, to collaborate with other UN member states in reforming and strengthening the international order (having regard to the ‘preliminary question’ explored in the introductory section on ‘Global Studies Programmes’.

Examples of analyses are: what has New Zealand done, or might potentially do, to demonstrate global citizenship; through initiatives to strengthen global law and governance, and contribute to global security and global sustainability? Such analyses have to do with conceptual and structural issues within the global system – contributing to strengthening the ‘multilateral rules-based order’ (see below).

The analyses, therefore, do not explore, or make judgements about, specific foreign policy issues, such as NZ policies on North Korea, or Iran, or Venezuela, Kashmir, Syria or Palestine – other than to ensure that any NZ policy is not incompatible with existing international law.

As a small country, New Zealand has limited direct influence.  But the scope for ‘indirect influence’ on contemporary international relations exercised by a small state is determined purely by the quality of its creative thinking and policy prescriptions, and its political courage in advancing them.  The historical record makes it clear that small states can exercise considerable influence: examples include Costa Rica, Liechtenstein, Malta, Marshall Islands and Norway.  The Centre seeks to assess whether New Zealand validly comes within this group.

Specifically, the Centre has explored, or intends to explore, the following issues.

At the 73rd UN General Assembly in September 2018, the NZ Prime Minister made the following comments in her speech, which she opened by addressing ‘friends in the global community’: …  none of [the UN’s] founding principles should be consigned to the history books. In fact, given the challenges we face today, and how truly global they are in their nature and impact, the need for collective action and multilateralism has never been clearer. And yet, for all of that, the debate and dialogue we hear globally is not centred on the relevance and importance of our international institutions. Instead, we find ourselves having to defend their very existence.  …. This generation is a borderless one – at least in a virtual sense.

One that increasingly see themselves as global citizens. And as their reality changes, they expect ours to as well – that we’ll see and understand our collective impact, and that we’ll change the way we use our power.  That’s why, as a global community, not since the inception of the United Nations has there been a greater example of the importance of collective action and multilateralism, than climate change.

It should be a rallying cry to all of us… We must redouble our efforts to work as a global community… I can assure all of you, New Zealand remains committed to continue to do our part to building and sustaining international peace and security. To promoting and defending an open, inclusive, and rules-based international order based on universal values.

The Prime Minister’s comments are directly in accord with the global vision in Centre’s statutory statement of purpose (see Administration section reference to Trust Deed).

The research work of the Centre in this programme, in a general sense, is to explore ways in which that global vision can take substantive form through various initiatives.

UN Security Council in the maintenance of international peace and security

This subject is closely related to the question of United Nations reform, and specifically Security Council reform. This is also explored in the Global Governance Programme. One of the most far-reaching modern concepts introduced into global thinking is the ‘Responsibility to Protect’ doctrine.  This was conceived by the Independent Commission of that name, in 2001, and submitted to the UN Secretary-General.  It was endorsed by the UN General Assembly in its seminal World Summit Outcome Document (A/RES/60/1, Sept. 2005).  A member of the Centre’s International Advisory Panel, Prof Ramesh Thakur, was a member of the Commission, and one of the report’s principal drafters.

New Zealand has traditionally been active in strengthening the United Nations, its Prime Minister having argued strenuously if unsuccessfully against the veto at 1945 founding conference.  Since then, it has been active on matters of UN structural reform, including more recently membership of the ACT group (Accountability, Coherence, Transparency). New Zealand has also served for three full terms on the Security Council, most recently in 1993-94 and 2015-16.  During these terms, it was actively engaged, including during its terms as Council President, on crisis issues of Rwanda, Syria and Palestine. It also took the opportunity, during its recent membership term, to take effective initiatives on procedural reform of the Council.

The Centre has held several conferences on global governance, which are described in the Global Governance Programme section. Board chairman, Ass. Prof Graham Hassall, is co-editor of a forthcoming book, which examines the experience, and performance, of New Zealand in its recent term as Security Council member:

New Zealand has not been active in exploring the question of global constitutionalism, but this is unsurprising insofar as the focus has been confined to academic circles rather than inter-governmental negotiations.  New Zealand has, however, been active in areas of Law of the Sea and whaling. Individual criminal law has been a focus of the international community over the past three decades. New Zealand played an active role in the negotiating conference leading to the Rome Statute for the International Criminal Court, and it was a founding signatory. The Court has had jurisdiction, since July 2002, over the first three crimes (genocide, war crimes, crimes against humanity).

There are currently 123 States Parties (33 African, 28 Latin American, 25 West European and other (i.e. Australia, Canada, New Zealand), 19 Asian-Pacific and 18 East European). The fourth crime (aggression as an individual leadership crime) became justiciable in July 2018, once the Kampala Amendment to the Rome Statute came into force for the ratifying states.  The 37 ratifying states (as at Feb. 2019) include 26 European states (of which 13 are NATO countries).  New Zealand, however, has not yet ratified the 2010 Amendment.

Board member, Prof Neil Boister (Head of School of Law, Canterbury University) has written a research paper for the Centre on the subject of New Zealand and individual criminal liability for aggression:

The paper can be accessed in the Research section.

The Centre has been active in exploring the question of New Zealand ratification of the Kampala Amendment, convening two symposia in Wellington on the subject in 2016 and ‘18.  Details are set out in the Global Law Programme section.

The Centre will continue to work on this critically important issue.  A multilateral rules-based order requires not only that countries assume state responsibility for non-aggression, but that their leaders assume individual liability under criminal law for not violating that state responsibility.

New Zealand has been active on the two central issues in global security – the legal and legitimate use of force, and the prohibition of all weapons of mass destruction.

The UN Security Council has authorised the use of force against ‘aggression’ only on a few occasions, and New Zealand committed its armed forces in both major collective security responses: troops in Korea (1950-57) and military transport aircraft in Iraq (1991).  It refused to send troops to Iraq in 2003 when Western powers led a ‘coalition of the willing’ without Security Council authorisation – generally regarded as an act of aggression. Beyond that, the Council has created the phenomenon of UN peacekeeping (‘classical peacekeeping’ since the 1950s and ‘mission-enforceable’ peacekeeping since the 1990s). New Zealand, like certain other Western member states (Canada, Ireland, Norway) was committed to sending troops for the earlier missions, but in the past few decades it has tended to send mission commanders, and undertake training missions, rather than send troops.

With respect to nuclear arms weapons, New Zealand has had a long record of commitment:

The Centre has been active in assessing New Zealand’s contribution to nuclear disarmament.

Early contributions by the Centre’s Director, Dr Kennedy Graham, who was a member of the NZ negotiation team for the 1985 Rarotonga Treaty, on the meaning of New Zealand’s non-nuclear policy for global security were published in the 1980s:

In 2019, the Centre is hosting a major conference on the Treaty for the Prohibition of Nuclear Weapons, in Wellington, 18-19 March.  Details can be found on the welcome page of the website.

New Zealand is deeply engaged in issues of global sustainability.  In her UNGA-73 speech referred to above, the Prime Minister made the following observation:

“That surely leaves us all with the question, how did we get here, and how do we get out? If anything unites us politically in this place right now it is this – globalisation has had a massive impact on our nations and the people we serve.

While that impact has been positive for many, for others it has not. The transitions our economies have made have often been jarring, and the consequences harsh. And so, amongst unprecedented global economic growth, we have still seen a growing sense of isolation, dislocation, and a sense of insecurity and the erosion of hope. As politicians and governments, we all have choices in how we respond to these challenges.”

And, as quote above, with specific reference to climate change:

That’s why, as a global community, not since the inception of the United Nations has there been a greater example of the importance of collective action and multilateralism, than climate change. It should be a rallying cry to all of us.  …. We must redouble our efforts to work as a global community.

In addition, the Government is developing a ‘well-being’ approach to its fiscal planning in 2019.

The Centre has held two Annual Lectures on the issue of the ‘planetary boundaries’ – the 1st Lecture in 2014 and the 5th Lecture in 2018.   It intends to explore the extent to which New Zealand might incorporate this global concept and the associated science into its national long-term risk management and environmental stewardship. The Centre also is exploring ways of assessing NZ policy on the following: