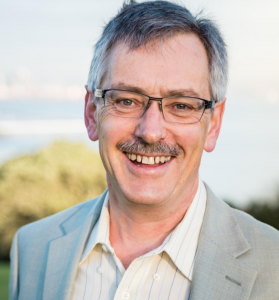 Rod Oram is a Business Journalist serving as a member on the NZCGS Board. He holds a BA in politics and economics and an MSJ in journalism from Northwestern University, USA. In New Zealand, Rod has held some honorary roles at Unitec in Auckland, including an adjunct professorship in entrepreneurship and innovation.

Rod is a columnist and shareholder at Newsroom; an Edmund Hillary Fellow and a fellow of the Royal Geographical Society

How 10 billion people will be able to live well and sustainably on this planet by 2050 is Rod’s absolutely central preoccupation as a business journalist and citizen. This is also the main focus of his contributions to the work of NZCGS and its Board. Rod has played a major role in NZCGS’ Global Security programmes and also serves the NZCGS Treasurer role.

A few of Rod’s recent publications include:

Rod can be contacted via email at [email protected]