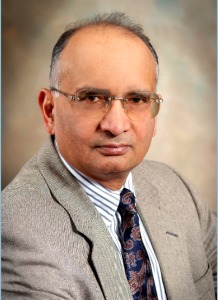 Professor Thakur was a Commissioner and one of the principal authors of The Responsibility to Protect and Principal Writer of Secretary-General Kofi Annan’s second reform report; a Distinguished Fellow of the Centre for International Governance Innovation and Foundation Director of the Balsillie School of International Affairs in Waterloo, Ontario; and Co-Convenor of the Asia–Pacific Leadership Network for Nuclear Non-Proliferation and Disarmament.

He is also a regular media commentator; and has served on the NZCGS Board since its inception in 2014.