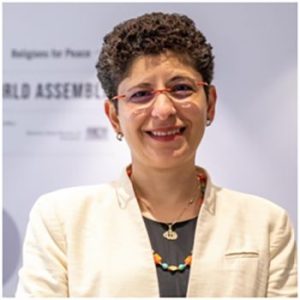 Azza is Professor of Religion & Development at Vrije Universiteit Amsterdam.

Azza founded the first Global Women of Faith Network  while also advising on inter-faith development work in Muslim-majority countries. During this time, she served also as President of the Committee of Religious NGOs at the United Nations.

In 2019, Azza was appointed Secretary-General of Religions for Peace, at its 10th World Assembly.