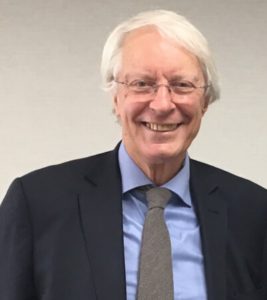 Professor Kevin P Clements is the Foundation Chair and Emeritus Professor the National Centre for Peace and Conflict Studies. He is the current Director of the Toda Peace Institute, Tokyo Japan. Kevin serves as a member of the NZCGS Board with academic and policy expertise in Peace and Conflict research with a specific focus on Development and Peacebuilding; and building Stable Peace in North East Asia.
Kevin is an emeritus professor at the National Centre for Peace and Conflict Studies, Chair of the Peninsula Branch of the Labour Party and the former Secretary General of the International Peace Research Association. He is currently working on “The Decline of the West and the Unravelling of the Democratic Project”, Japan-Korea Relations; Building Trust in North East Asia.
Kevin was the Foundation Director and Chair of The Australian Centre for Peace and Conflict  Studies at the University of Queensland; Secretary General of International Alert, London; Lynch Professor and Director of the Institute for Conflict  Analysis and Resolution at George Mason University , Fairfax Va; Head of the Peace Research Centre at the ANU; Director of the Quaker United Nations Office, Geneva.
A few of Kevin’s recent publications include:
Kevin P Clements and Sung Yong Lee (Eds) Multi Level Reconciliation and Peacebuilding:Stakeholder Perspectives, London Routledge
Kevin P Clements (ed) Identity,Trust and Reconciliation in East Asia:Dealing with Painful History to Create a Peaceful Present, London Palgrave
Kevin P Clements and Daisaku Ikeda, Toward a Century of Peace:A Dialogue on the Role of Civil Society in Peacebuilding,  London, Routledge.